THE REAL LIFE OF SEBASTIAN KNIGHT (1941) 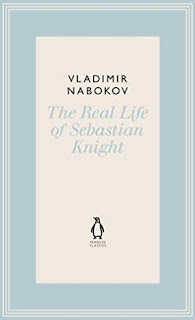 Plot Summary from Amazon: The Real Life of Sebastian Knight is […] about the mysterious life of a famous writer. Many people knew things about Sebastian Knight as a distinguished novelist, but probably fewer than a dozen knew of the two love affairs that so profoundly influenced his career, the second one in such a disastrous way. After Knight's death, his half brother [V.] sets out to penetrate the enigma of his life, starting with a few scanty clues in the novelist's private papers. His search proves to be a story as intriguing as any of his subject's own novels, as baffling, and, in the end, as uniquely rewarding. 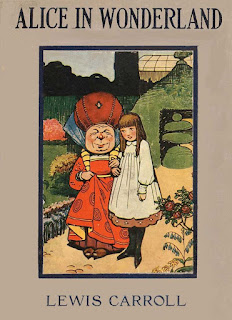 1. V went through Sabastian’s books that “were numerous, untidy and miscellaneous.” (44) In addition to an Anglo-Persian Dictionary, one of the books on the shelf  was Alice in Wonderland. 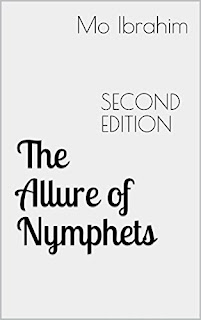 I related in The Allure of Nymphets that Charles Lutwidge Dodgson, who went by the pseudonym Lewis Carroll and who was the famous author of Alice in Wonderland, allegedly wanted to marry eleven-year-old Alice Liddell. (53)

2. After dinner, Sabastian would go back to his room or “to the little cinema […] where a Wild Wild West film would be shown, or a Charlie Chaplin stiffly trotting away from the big wicked man and skidding on the street corner.” (51) 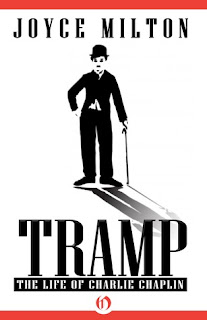 3. In an effort to track down the last woman whom Sabastian had a love affair with, V. visits Pahl Palich Rechnoy, who said of Mme de Rechnoy, his ex-wife – an eccentric and flamboyant teen:

I knew she was another fellow's mistress and all that, but I did not care. Her idea of life was drinking cocktails, and eating a large supper at four o'clock in the morning, and dancing the shimmy or whatever it was called, and inspecting brothels because that was fashionable among Parisian snobs, and buying expensive clothes, and raising hell in hotels when she thought the maid had stolen her small change which she afterwards found in the bathroom.... Oh, and all the rest of it — you may find her in any cheap novel, she's a type, a type. And she loved inventing some rare illness and going to some famous kurort, and...' (168)
Later, Mme Nina Lecerf self-described Mme de Rechnoy as “still very young” (179) and “a mere slip of a girl” when she married Pahl Palich Rechnoy and that the only man Mme de Rechnoy “[…] really loved was a married man and that was before her marriage […]” (180) [Emphasis mine.]

5. And in Sabastian’s, The Doubtful Asphodel, his last novel and masterpiece, “An old man sobs and is soothed by a soft-lipped girl in mourning. [And] [p]rofessor Nussbaum, a Swiss scientist, shoots his young mistress and himself dead in a hotel room at half past three in the morning.” (202)
Posted by Mo Ibrahim at 4:32 PM