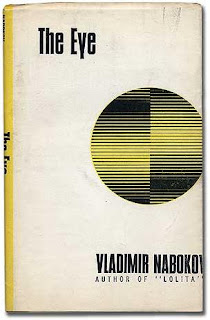 Here’s part of Amazon’s plot summary for The Eye:

“Nabokov's protagonist, Smurov, is a lovelorn, excruciatingly self-conscious Russian émigré living in prewar Berlin, who commits suicide after being humiliated by a jealous husband, only to suffer even greater indignities in the afterlife.”

1. In the introduction, Nabokov provides some background information about the novella. He shared that the story is set in 1924-5 Berlin and that the Russian expatriates in the book “range from paupers to successful businessmen”. He elaborated that Kashmarin, an elderly businessman, “judiciously directs the London branch of a German firm, and keeps a dancing girl.”

In addition, Nabokov subjectively shared in the introduction that his books have “a total lack of social significance” and that “It is unlikely that even the most credulous peruser of this twinkling tale will take long to realize who Smurov is. I tried it on […] the twelve-year-old child of a neighbor. The child was the quickest, the neighbor, the slowest.”

One cannot infer that Nabokov had an affair with the nymphet next door, but who knew that he solicited literary feedback from a nymphet. And with how many other nymphets did he confer? 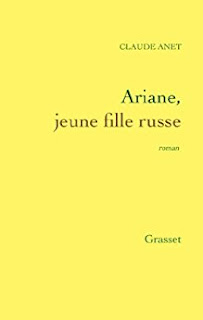 2. The novel Ariane, Jeune Fille Russe appeared twice in The Eye. Matilda persuaded Smurov to read the novel (5) and the novel appeared “spread-eagled and prone” next to a bowl of raisins and nuts. (58) Interestingly, Ariane is seventeen, and the IMDb plot summary for the 1932 film adaption of the novella states: “Arianne, a young Russian maid living in France, meets a man twice her age [whom] she falls in love with.”

3. Smurov was wounded during an exchange with the Reds. While “bleeding to death”, he made it to Yalta where he hid in the house of a good friend. Smurov related that his friend had a young daughter who nursed him “tenderly”. He didn’t elaborate, but he ended the vignette by stating elusively, “—but that’s another story." (47)

4. Uncle Pasha, an eighty-year-old “old goat”, recalled how he used to place Vanya, his niece, across “his knee and spank her.” (61) “Imagine,” Uncle Pasha had said, “the baby girl blossomed into a genuine rose. I’m an expert in roses […] But it really gives me a kick to think that there was a time when I used to give that lassie a good spanking on her bare little buttocks and now there she is, a bride. (63) “[…] we’ve had our fling, now let the others have theirs […]” (64) Uncle Pasha hadn’t seen Vanya in a long time. But when it was exclaimed, “Oh my goodness! It’s your niece!” “So it is, so it is,” said Uncle Pasha and added something outrageous about cheeks and peaches.” (66)

5. Lastly, Smurov “[…] set his sights on the Khrushchovs’ maid, a girl of 18, whose special attraction was the sleepy cast of her eyes. She herself was anything but sleepy. It is amusing to think what depraved devices of love play this modest-looking girl-named Gretchen or Hilda […] would think up when the door was locked […]” Smurov shared that the “indecent” events took place after he “[…] would reach her room by the back stairs, and stay with her a long time.” (72)

Nabokov, Vladimir. The Eye.Translated by Dmitri Nabokov, Vintage Books, 1990
Posted by Mo Ibrahim at 11:32 AM

Email ThisBlogThis!Share to TwitterShare to FacebookShare to Pinterest
Labels: novella